The pups are growing and going strong!

Click here to see the photo pedigree of this exciting litter.

The past week has been very eventful for our seven little darlings. They have been enjoying their trips outside, eating big meals, playing hard, and sleeping hard. They also had a journey in our van to visit the vet for a check-up and their first vaccination. Our vet declared all of them healthy and adorable, and all three boys have their “parts” in the right places – yay! 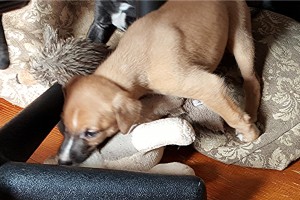 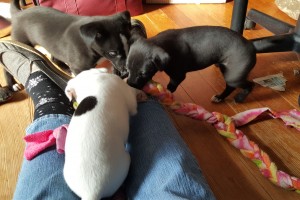 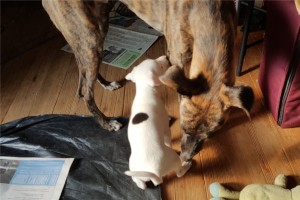 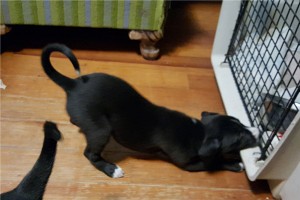 Buttons wants the toy out of mama Tutu’s crate 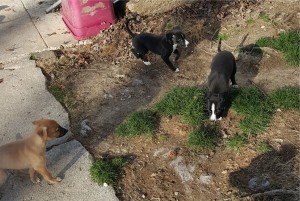 Rex, Buttons, and Boomer on the move 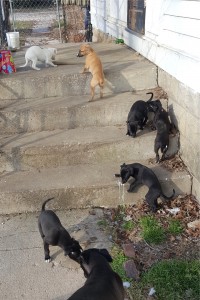 They’re getting good at using the stairs 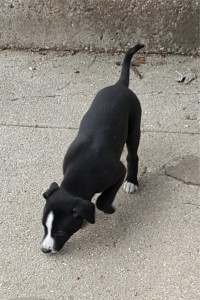 Boomer on the hunt 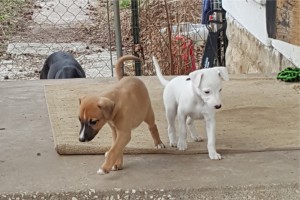 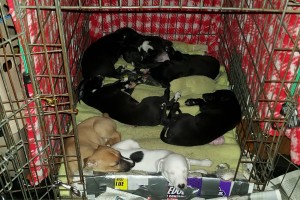 Being a puppy is still exhausting 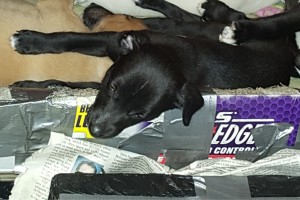 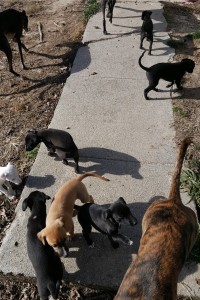 Not the best pic, but it does have all 7 pups in it 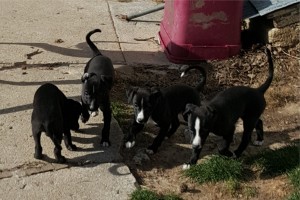 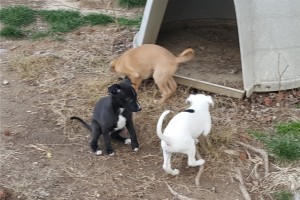 Hero, Rex, and Dottie check out the dog-loo 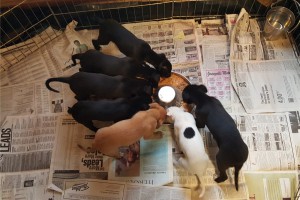 I apologize for the poor lighting in the posed photos. It’s tough to take good photos indoors in the wintertime, with no natural light. That’s just one more thing that’s more difficult about winter pups, but we’ll do the best we can. Some of the pups were not nearly tired enough to cooperate with our attempts to get them to stand still, but I hope you’ll enjoy the cuteness, anyway! 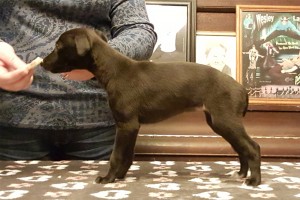 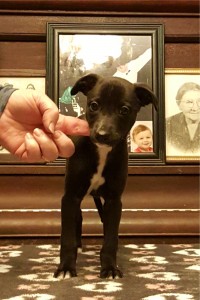 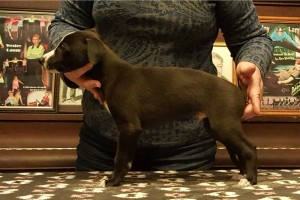 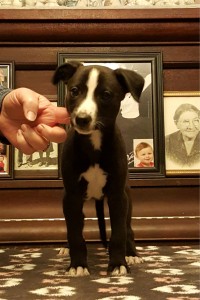 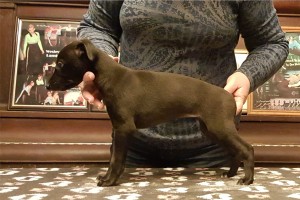 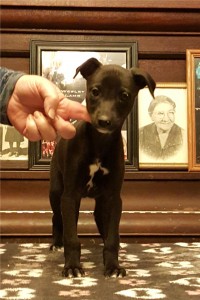 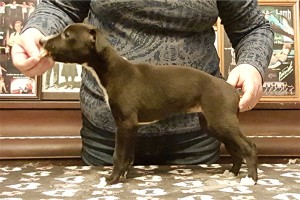 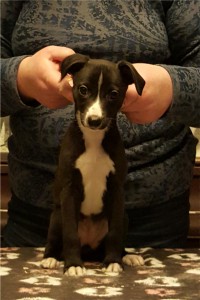 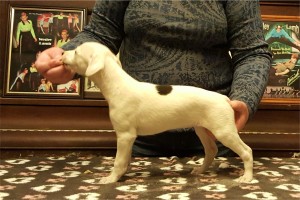 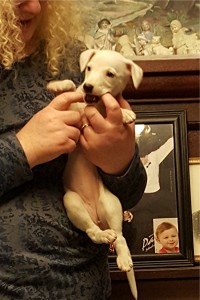 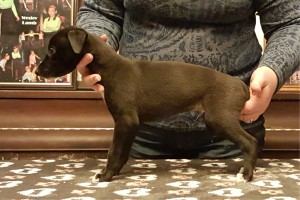 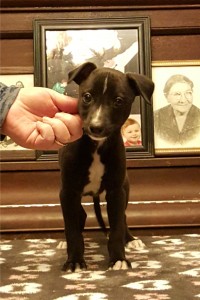 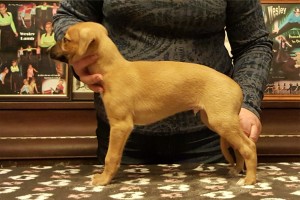 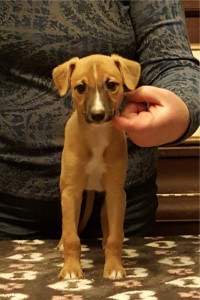