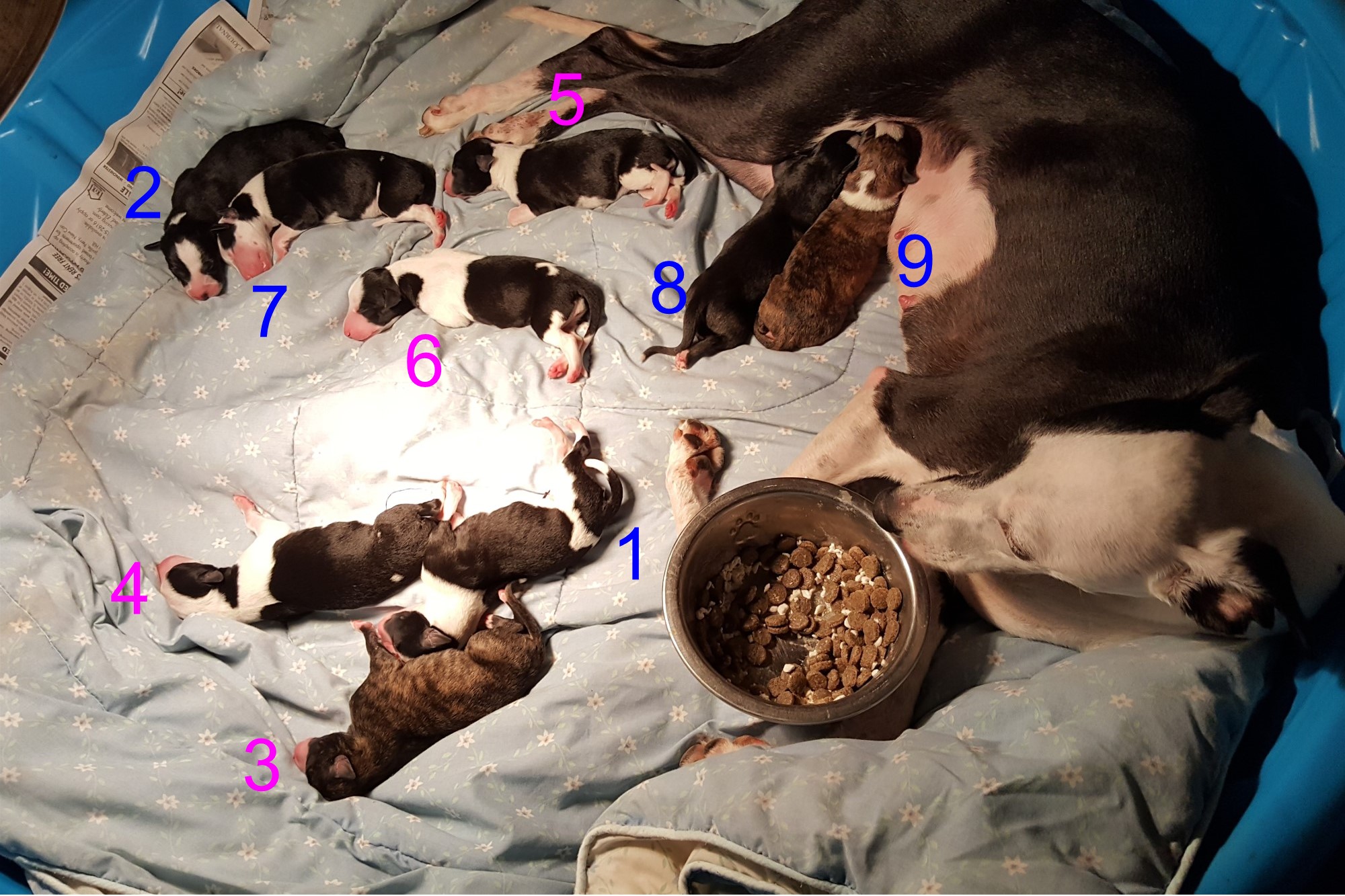 Mercy & Co., marked by gender and birth order, on their first day “out”.

Click here to see the versatile and exciting photo pedigree of this litter!

We are beyond thrilled with these little lovelies and their little mama, even though she gave us some new gray hairs, I’m sure! Mercy kept me on pins and needles for four days, with temperature fluctuations and other teases as we waited for active labor to begin. It finally began in earnest just as we were about to have dinner on the evening of the 29th, but I did get to eat as I watched over Mercy. The first puppy finally made his appearance at 9:33 PM, and we were kept pretty busy for the next four hours as six more were born. By 1:30 a.m., we had seven adorable and vigorous little pups, and one thoroughly exhausted mama Mercy.

We watched as she nursed and cleaned her prizes, and slept as best she could. Was she done? It seemed so, although I thought she still looked and felt like there could be at least one more inside of her. I was still seeing some contractions, but they didn’t seem very hard, and I knew she would keep having some for a while to help clean her out. We watched groggily and waited as about 2 & 1/2 hours went by with no change, and decided we would like to join Mercy in trying to get some sleep. So, Bill took her for a brief trip outside and a quick bath, while I hurried to sanitize the kiddie pool, put in fresh bedding, and move it into our bedroom. By a little after 4:30 a.m., having fed and settled Mercy with her pups, we flopped into bed. Bill was asleep in seconds while I needed some time to reflect and pray in order to relax. Then…

There was a chorus of squeaks! I figured a pup or two were stuck in awkward spots, or first-time mama Mercy had moved and disturbed some little ones. As I contemplated whether I should check, and began the process of crawling out to do so, the pups quieted. Should I still go and look? I was SO tired! They were quiet again. Still, I was halfway up, so I decided to go ahead and have a peek. Thank God that I did, because…

There was a slimy, wet bundle by Mercy’s back end. At first I thought maybe a pup had rolled itself in her bloody discharge, but as I looked closer I saw that it was a new puppy – still in its sac! I called out to Bill and went to work getting the puppy out and warmed, working carefully to dislodge and remove some amniotic fluid and mucus from his mouth and nose. He soon started breathing and squirming, and only needed a little help to try suckling. I was working to dry and stimulate him, carrying him as I went to get another towel, when Bill called for me to come back – there was yet another puppy coming! I handed off little #8 to Bill, and helped poor Mercy deliver #9, who was coming rear-feet first. When the final two little boys were actively nursing, we were able to return the rest of the pups to the pool with their mama and return ourselves to our own bed sometime after 6 a.m. What a night!

Here are the delightful fruits of our labors (I apologize for the blurriness of some of the newborn pics of squirmy puppies): 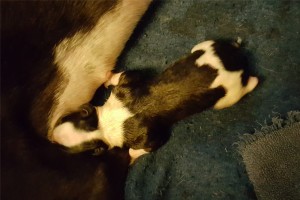 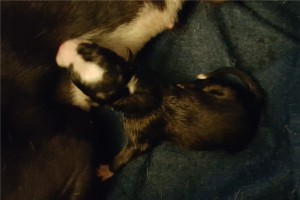 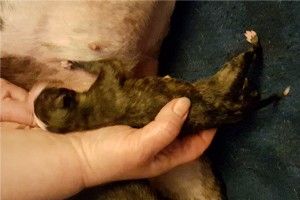 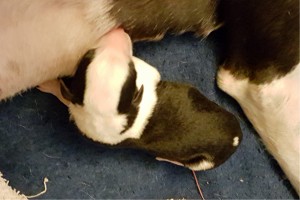 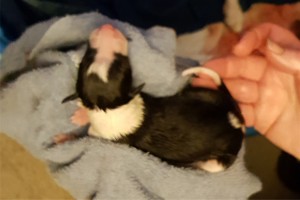 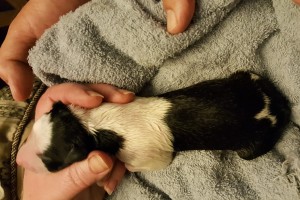 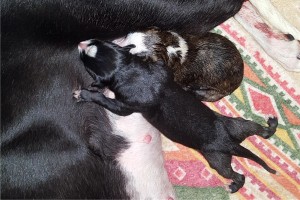 Exhausted Mercy & 9 little bundles of joy (one is hiding underneath). 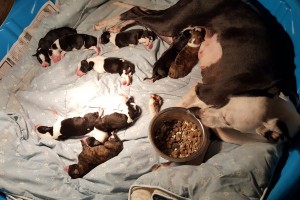 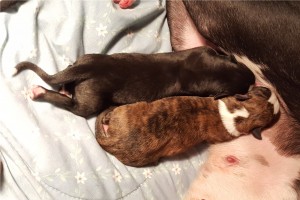